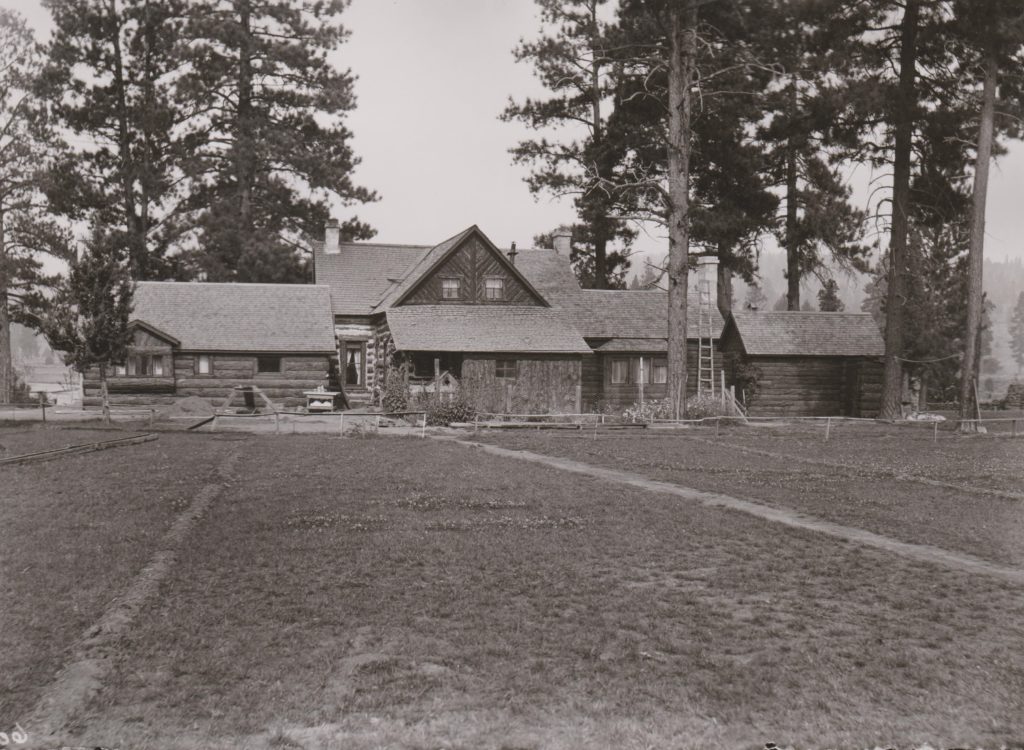 It was a long way from Minnesota to the quiet bend in the river that was to become the bustling town of Bend. The year was 1900, and it was no accident that the Drakes found their way to the high desert of Central Oregon.

The son of a successful railroad builder, Alexander M. Drake came looking for opportunity, and he found it among the dense forests and majestic mountains surrounding the crystal-clear Deschutes River. Though he was 40 yrs. old, had struggled with health issues for many years, and more recently seen his fortune depleted by the Panic of 1893, Mr. Drake was a visionary, and he was ready to take on the building of his next empire. In 1894 the US congress passed the Carey Act that offered private investors the chance to build irrigation projects and sell the reclaimed lands to settlers for homesteading. Drake and his wife Florence came west looking for a new start and a place to take advantage of that new legislation.

The wagon they arrived in wasn’t the typical Conestoga wagon so many pioneers had driven west. Theirs was a regular house built on a wagon with a homey, comfortable interior. They stopped to camp along the river at the place that later became the park that bears their name in downtown Bend. They may have planned to continue their journey south but Mrs. Drake was so enamored by the beauty of the land around her that they decided to stay. It appears that Mrs. Drake was a very persuasive woman and often got her way.

It was Florence’s influence that helped shape the city in those early years. It was her love of the views from their riverside camp site that determined where the City of Bend would later be platted. At that site in the fall of 1900 construction began on their stately log fishing lodge, and the city grew up around them. As early pioneer Elmer Ward recalled in a 1953 interview with Kessler Cannon for KBND radio, Florence loved the old cow trails that wound around the area. Elmer said, “It was a case of a workman having to follow the instructions from the boss’ wife. She insisted that we locate the streets of Bend along those contours that formed the cow trails of those days and we followed instructions.” Bend still retains many of those curvy roads in its historic district.

Mr. and Mrs. Drake were partners in their many endeavors. When the Pilot Butte Development Company was established Florence was a co-incorporator and served as secretary for the business. Her signature is present on many of the early documents and correspondence for the company. Mr. Drake was not a trusting man but he trusted and adored Florence.

Although A. M. was often taciturn and unsociable, Florence made their home the social center of the town. She loved young people and enjoyed opening their home to friends and out of town company. A charming and gracious woman, she frequently hosted parties and picnics on their expansive lawn by the river, and organized fishing trips in the summer. She was an avid horsewoman and lover of the outdoors, and could often be found out riding or fishing along the river.

The Drakes left Bend in 1911 but during their years there, they were instrumental in the development of the town and the surrounding area. Along with platting the townsite of the city, their company built the first sawmill and the first power plant. Their home had Bend’s first electric lights. Mr. Drake petitioned his eastern railroad friends to bring the railroad to Bend instead of farther east as it had originally been surveyed, and they established the irrigation district that 116 years later continues to provide water to the farms, ranches and homes of thousands of Central Oregon residents.